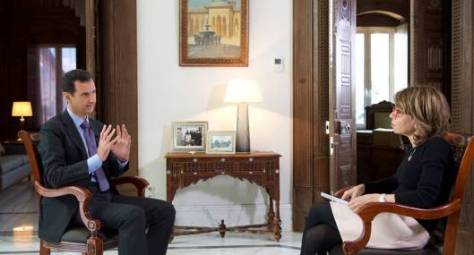 President Bashar al-Assad gave an interview to The Sunday Times in which he said Britain and France have neither the will nor the vision on how to defeat terrorism and their airstrikes against ISIS will yield no results, but will rather be illegal and harmful in that they will help in spreading terrorism.

EXCERPT on the VIDEO in ENGLISH

The following is the full text of the interview: