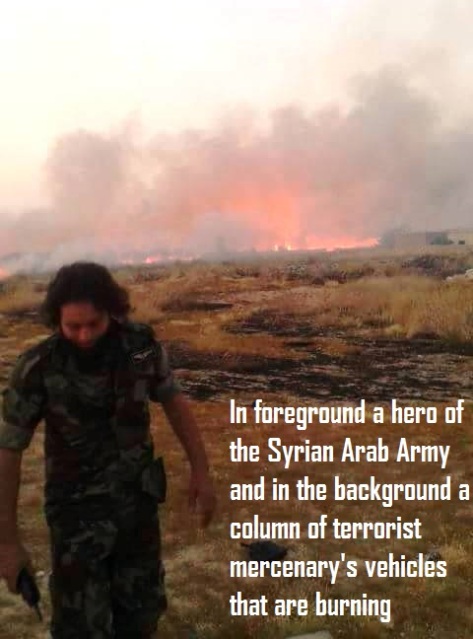 The battle front on the Syrian-Jordanian border is on fire, foreign mercenaries massacred with no pity by SAAF and Hezbollah

Deraa, the Northern province of  Syria is close to the Jordanian borders

What’s going on, right now, in Deraa? This little town and its province, highly strategic, are the theater of the meteoric advanced of the forces belonging to the Syrian Arab Armed Forces and Hezbollah’s fighters.

The al-Nusra mercenary leaders are liquidated one after the other.

In the night from Thursday to Friday, very fierce fightings took place between terrorist gangs and Hezbollah fighters. The biggest confrontation took place in the locality of Mosdababa, near Hamrit, located in the north of Deraa.

This town is now under the control of Hezbollah.

The Syrian Armed Forces, aided by the great Hezbollah fighters, managed to regain control of Tal Gharin, in the rif north of Deraa.

Reports are confirming the progress…