This is imperial blowback. A mini-Damascus. But it stinks. How come the assassins were so good? And how did they get through? 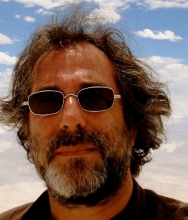 Putin did it. Sorry, he didn’t. In the end, it was not Russia “aggression” that attacked the heart of Europe. It was a pro-style jihadi commando. Cui bono?

And the icing on the lethal cake; faultless Paris-based logistical support to pull that off. A former top French military commander, Frédéric Gallois, has stressed the perfect application of  “urban guerrilla technique” (where are those notorious Western counter-terrorism “experts” when one needs them?)

They might have spoken perfect French; others said it was broken French. Anyway, what matters is that they uttered the magic word; “We’re al-Qaeda.”